8/3/2019
in 3 weeks my 12-year-old daughter is singing so beautifully. we both saw such great improvement. and the best thing? she REALLY looks forward to her singing lessons, and has requested more! Angela is very professional and teaches technique, breathing, etc but makes it so much fun! I totally recommend her for anyone interested in improving their singing.

6/2/2019
Angela is an amazing vocal coach. She knows how to strengthen your voice without straining it. You won’t regret contacting her!

10/6/2018
Angela is very knowledgeable and supportive. I have been taking voice lessons and we have been working together to turn my poems into lyrics. I am lucky to have found someone so terrific.

2/2/2017
Angela Michael works miracles! Before coming to her, I had never taken vocal lessons, and I was a very reluctant singer to say the least. Because of my lack of experience, my sense of pitch was way off. I could hardly hit the right notes. But after a few lessons and some diligent ear training practice, I could do vocal exercises and sing along to songs with much greater ease. Angela helped me get confidence behind my voice and my abilities, and though I have much more to develop down the road, I’m glad I had her to get the engine running.

2/17/2016
Before meeting Angela, I had been singing for about 7-8 years. I had taken many lessons, online courses, workshops and had been a part of various singing groups/choirs/musicals, etc. During the later years of that period, I started to self-study SLS and teach myself because I didn’t have a voice coach. I was actually learning and improving a lot and had moved to LA to pursue music full-time when I slowly realized that I was approaching a plateau in my vocal growth. As time moved on I eventually hit that plateau and I was incredibly discouraged. I began to struggle to try to improve my voice. I had always liked to learn by myself because I was afraid that teachers would change how I sounded, but I knew this would be a problem sooner or later. Reluctantly, I decided it was time to find a teacher. I was referred to Angela by a friend and subsequently started taking lessons. Knowing that I was at a platonic point in my vocal development, I had my doubts as to how much I could really improve. But after the first few lessons, I began to realize that I had many bad vocal habits. Angela helped me realize that I could not only work on my weaknesses, but I could also vastly improve on what I thought were my strengths. After several months of lessons and working to remove those bad habits, I can finally say that I see the light at the end of the tunnel haha. There’s still a lot to work on but I am finally excited again for the new growth that awaits my singing career. Angela is an amazing coach. She is creative, smart, and most importantly patient and encouraging. I know how difficult I can be as a student at times so I really appreciate her efforts to help me improve. She is also an amazing person and friend. I would definitely recommend Angela!

3/23/2015
I’ve always been reluctant to trust anyone with my voice and I was really nervous going into train with Angela. I am currently a gigging singer but I have had trouble breaking through certain barriers I have. I also have a fear of voice coaches changing my way of teaching me things that would interfere with my own style. But I was at a point where I needed to let go and trust someone to help me out… All her great reviews and really checking out her website made me feel I should give her a try. What I’ve found about her (besides being awesome in general) is she is a very experienced singer, she’s knowledgable, has an incredible ear and catches things you normally wouldn’t and really knows how to guide you where you need to go. So far I’m opening up much more, learning to trust my voice and myself … And really discovering new places in my voice. She’s wonderful. I would recommend her to anyone.

12/13/2014
Angela has been giving vocal lessons to my 9-year-old son for about a year and he absolutely loves his lessons. Not only is his voice improving but he has started writing songs, learning the keyboard, and playing with online music applications – all inspired by Angela. She is professional, on time, talented, friendly, and fun – we could not have asked for a better instructor for our child.

8/20/2014
Angela is an absolute pro. She has a very strong music and vocal background has very impressive credits on her resume. Most importantly she is able to help her students improve significantly. For me as a producer, I hired Angela to work with one of my artists to fine-tune her vocals. Within a couple of months, my artist has achieved the vocal ability I was hoping she would with Angela’s guidance. I would highly recommend to any aspiring vocalist.

2/11/2014
Angela is an incredible teacher!!! She has an incredible pop voice and gives the best advice for any voice type/song/genre. I was easily able to see a difference in my singing voice only after a short period of time and I was thrilled with the results! She teaches incredible technique and style and makes you confident in what your doing. If you are looking for someone in LA to improve your voice in every way, shape, or form, this is your girl!

10/25/2013
ANGELA IS AN AMAZING VOCAL COACH! Whatever singing level you are at, Angela will meet you where you are and will personalize her teaching to fit your needs. Because she is a talented and versatile singer herself, she has the ability to help you hone in and improve on whatever singing style you’re looking to achieve. Sometimes a subtle adjustment in the way you are singing can make a world of difference, and Angela has the discerning ear to pick out what is and isn’t working, then gives you tips and exercises to improve your sound on the spot. Taking voice lessons from Angela has been such a positive growing experience. She is the ultimate professional, always honest, encouraging, and engaging. I have learned so much and literally look forward to every lesson because of the improvement every time. Angela offers constructive criticism with an immediate solution to help you work through a challenge, which I love. I have been amazed at how much I have improved because of Angela’s teaching. After only three months my voice has become more versatile, stronger, and I’m now hitting notes that I didn’t know I was capable of reaching. Most importantly, I’m learning techniques to protect my voice and sing correctly. Angela has a flourishing singing career of her own which keeps her current and connected in the music business. On top of that, she is humble, fun has integrity, and is an all-around great teacher. GO TO ANGELA! She rocks!

5/18/2013
I loved working with Angela! I don’t have a musical background, I just wanted to improve my singing voice. She made it exciting and motivated me to really push myself to be better. I would definitely recommend her for all your vocal/singing needs, she is professional, smart, and a very sweet woman! I was so encouraged to keep going to her when I heard an improvement in my voice after only a few lessons! She truly is so good at what she does!! So much fun!!

5/15/2013
Angela Michael helped me move past the glass ceiling that I was experiencing as a self-taught musician and singer. Her expert advice and experience helped me gain an understanding of my voice, and how to harness it, like I never knew before. With her help, I was able to move past my insecurities and develop a “sound” of my own. She is a wonderful teacher; patient and understanding, yet firm and organized. She will not let you be satisfied with just “okay” singing but will push you and your voice beyond what you thought you were capable of. She has the wonderful teacher’s gift of helping you fall in love with the thing she loves: music! As far as a voice coach goes, you can’t go wrong with Angela. 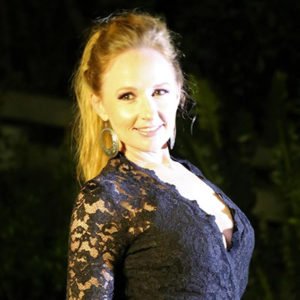 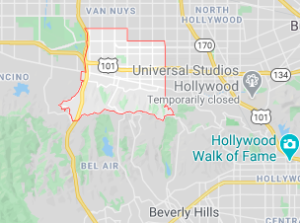